Haunted Rockaway: Ghosts in the Library? 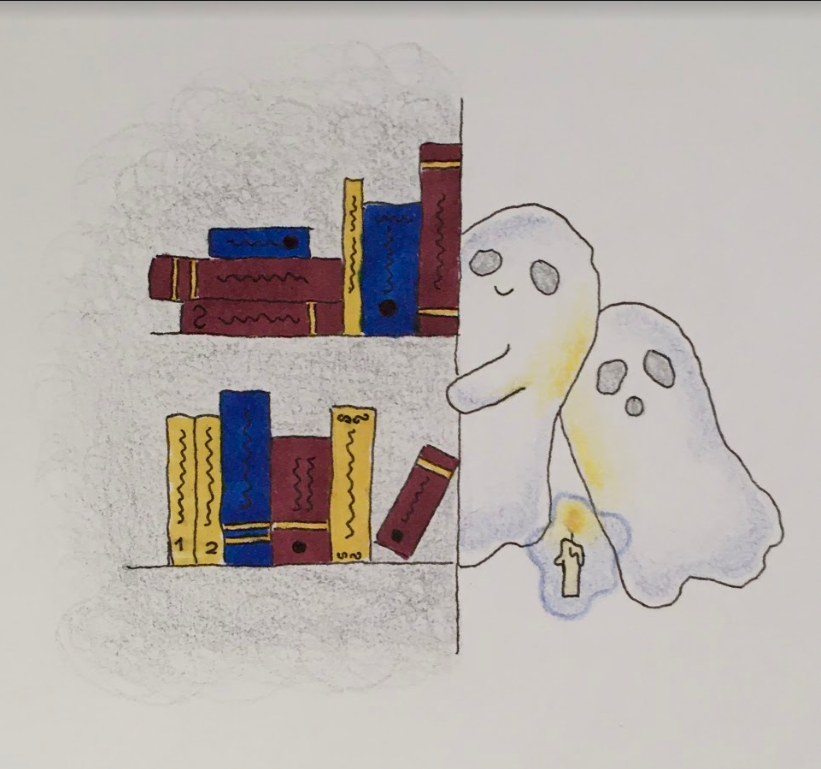 You walk along the sidewalk, listening to the autumnal leaves crunch below your feet. It is relatively quiet, despite the “whoosh” of cars passing by. You make your way up the slate stairs and through the door. The musty, comforting smell of books greets you upon entry, a reminder of its old age.

The library resides along with the bustle of West Main Street, a quiet building, encapsulating the knowledge of our past and present. However, the passive nature of the Rockaway Borough Public Library hides the activity within. That of the paranormal kind.

Colonel Joseph Jackson, coined the Iron King of Morris County, constructed the library in the early 1800s. He set the foundations for nearly three generations to reside in his lively family home. Relatives found happiness through marriages, one of which took place in the residency. However, the family’s joy was compromised once the Civil War arrived. Notably, brothers Edmund Drake and Joseph Jackson Halsey, cousins of Colonel Jackson’s granddaughter Caroline Amelia, serve The Halsey brothers are the subjects of the novel Brother Against Brother. The novel illustrates their jeopardized relationship during a time of national familial conflict. To this day, the library houses Edmund’s Civil War letters.1

As descendants of the Jackson bloodline aged, the Colonel’s granddaughter, Mary Jackson, sold the property to Dr. and Mrs. George H. Foster in 1885. Dr. Foster utilized his office on the ground floor for his medical practice, and Mrs. Foster, a talented music teacher, taught lessons. In the year 1939, the Fosters donated the Jackson Home to the town. The library was eventually delineated  a National Historic Site in 1975. Above the library, the uppermost floor functions as a museum titled the “Foster Memorial Library” with respects to the reputable family.1

The fruitful beginnings of what would become one of the oldest sites in Rockaway Borough keeps the past alive, well into 2019. This begs the question, does something more than the presence of historic character thrive within the building’s walls?

Edna L. Puleo, the director of the library, commented on past experiences with the ghosts of the Jackson Family. Puleo shared that a former employee always said that “she hesitated to shelve books in the back room of the children’s section.” Whenever she entered the backroom, she “felt a presence.” Coincidentally, the late Dr. Foster’s office, was located in this area of the library. A small sink is situated near the back wall of the non-fiction section. It is at that sink that Dr. Foster would be found washing his hands in between seeing patients.

Above the first floor, the third floor of the library houses the museum, the tea room, storage room, and the “flag room.” When going into these rooms, “it has been said that one can feel the presence of the Jackson Family who once lived there.” Puleo described the presence as benign, explaining that the spirits of the family are felt to only have good intentions. When conversing with Roxann, a past tour volunteer, her response was similar to that of the director’s. “There was palpable energy throughout the entire library, especially in the attic. I always thought that someone was near me. I was never worried, though. Whatever or whoever was there felt real.” Ninth-grader Addison L. shared her perspective as well. “The appearance and structure of the building gives it a haunted vibe. I think the fact that there are a lot of supernatural stories in the media today makes the idea of the library being haunted all the more believable.”

Truth or superstition? That is for you to decide. Even so, it is difficult to deny that the Jackson and Foster families left a lasting impression on the building. Perhaps it is in the spirit of the season that we give into our curiosities and supernatural beliefs– the friendly spirits from the Rockaway Borough Library are welcome to join.

To learn more about the library, please visit rblibrary.org!