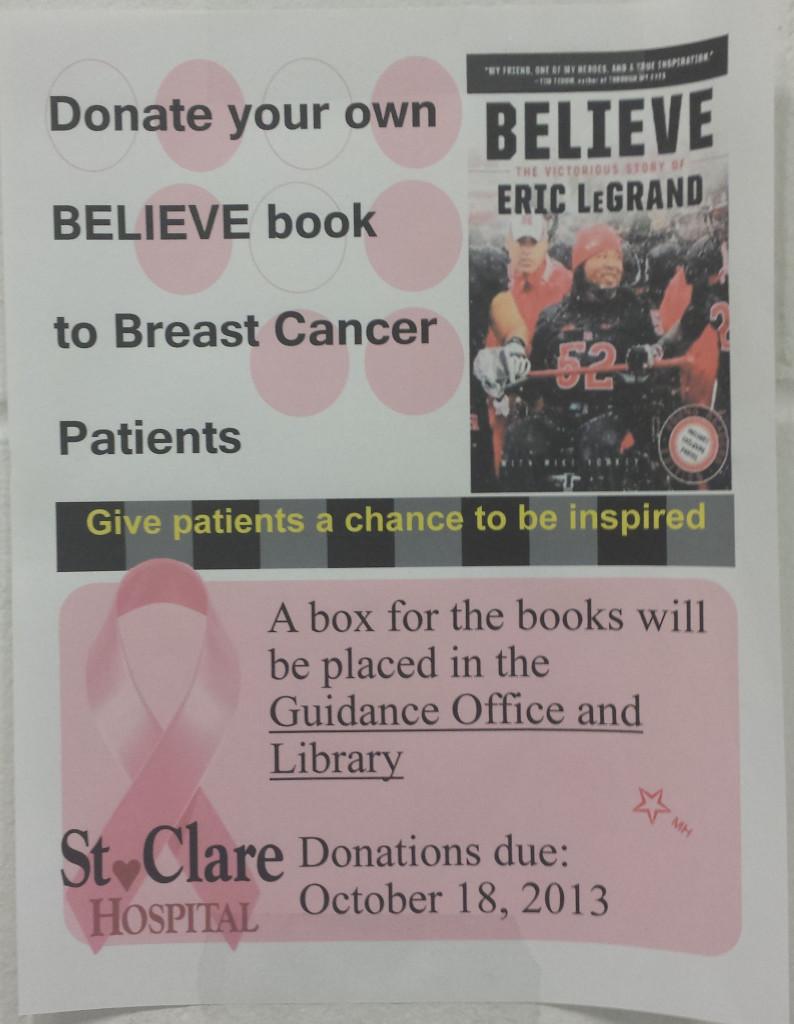 October is typically associated with the reds and yellows of the changing leaves of autumn or the orange and black of Halloween. Now, it’s also associated with pink.   October is Breast Cancer Awareness Month, when pink reigns as the supreme color. Sometimes the color alone seems to dominate over the true cause of why we commemorate this month. Everyone wears pink sweaters, bracelets, and socks; even the NFL leads a huge campaign for breast cancer research by selling pink gear to players and fans alike. However, with all the hype of rocking the pink gear, the reason why we even wear pink is sometimes forgotten.

Fortunately, there is so much one can do to make a difference,   not only by donating to fundraisers or charities that support breast cancer research, but also by being involved. Marathons and charity walks make huge contributions to research while also showing visible support to those fighting through it. The Morris Hills community is proactive in its support of Breast Cancer Awareness.   For example, copies of the district’s summer read, Believe were collected to donate to the local hospital’s breast cancer treatment center. Also, the girls’ volleyball team sponsors a “Dig Pink” game, while the annual Powder-Puff game donates its funds to breast cancer research.