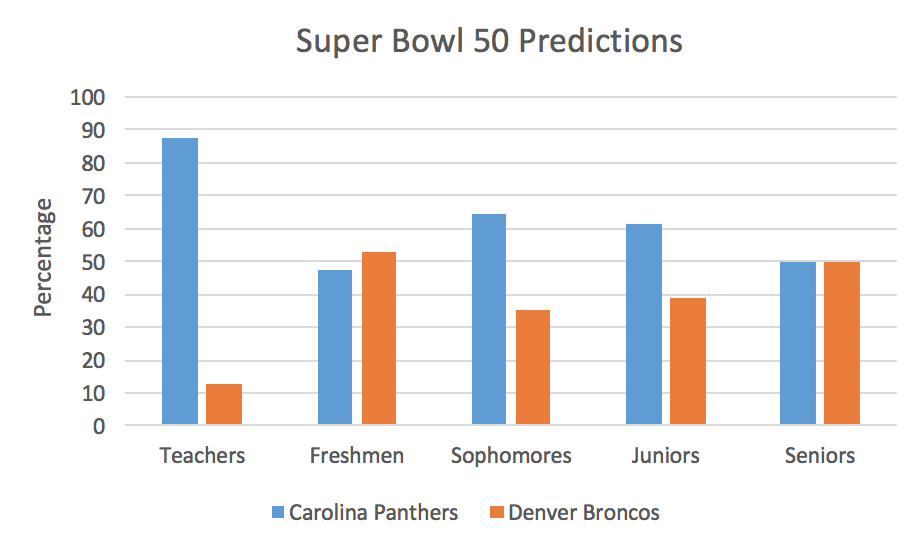 Many football fans were surprised at Denver’s win in the Super Bowl 50, played on February 7. Despite the predictions to the contrary, the Carolina Panthers’ offense could not overcome the spirited Denver Broncos’ defense. At Morris Hills, the students and faculty alike expected the Panthers to win but were rooting for the Broncos so that Peyton Manning could retire with a second Super Bowl ring on his finger. Of the people surveyed, only the freshmen class had more students predicting the Broncos’ win, but this too was by a slim margin. Though the freshmen lost Battle of the Classes, they edged out the rest of the school in this poll.