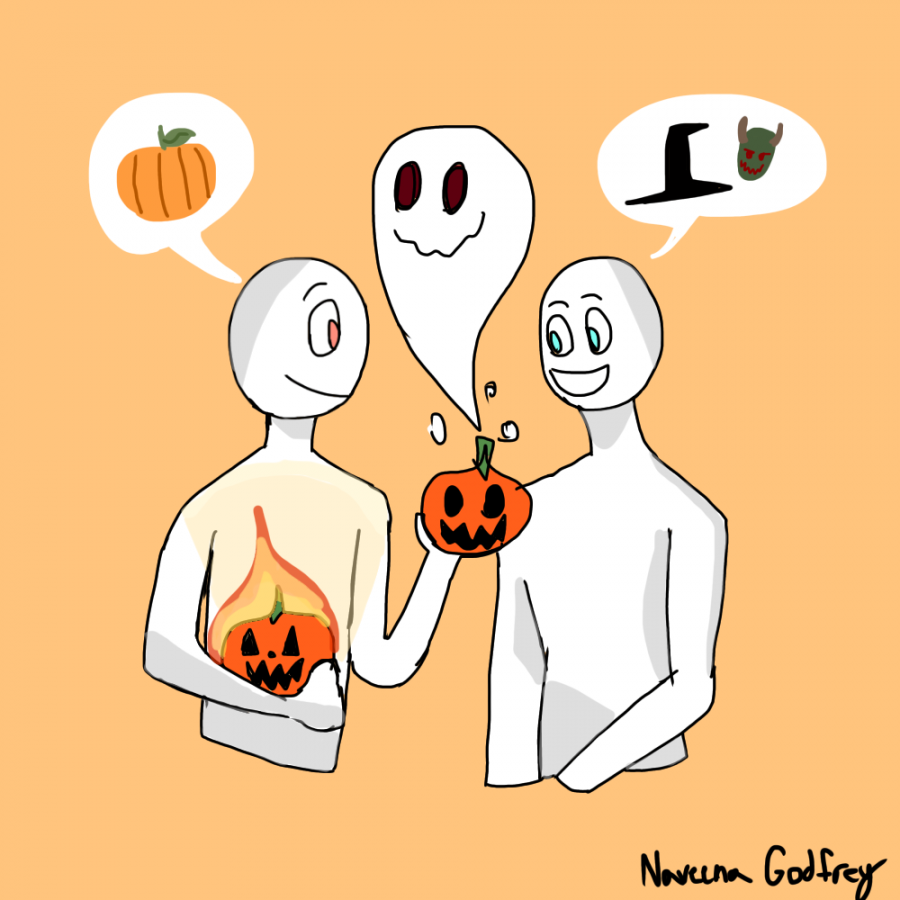 Candy, costumes, the cries of “trick-or-treat!” are all accompanying factors to the nightmare before Christmas: Halloween. An ancient Celtic holiday known as All Hallow’s Eve, Halloween is celebrated on October 31st. Pumpkin picking and jack-o-lanterns are staples of the holiday, and many don’t think twice before carving into their pumpkins. However, the history behind jack-o-lanterns is a tale involving the Devil and a cunning Irish man.

According to History.com, the myth of Stingy Jack originated in Ireland, dating back to the 1500s. As the story goes, Jack invited the Devil to have a drink with him, but true to his name, refused to pay, and instead convinced the Devil to transform himself into a coin with which he could purchase their drinks. However, Jack kept the coin, keeping in his pocket with a crucifix, preventing the Devil from transforming to his original state. Eventually, Jack freed the Devil, on the condition that once he died, the Devil wouldn’t claim him in Hell, and that the Devil wouldn’t disturb him for a year. A year later, Jack and the Devil met again, and Jack tricked the Devil into climbing a tree to pluck a piece of fruit. Duplicitous as ever, Jack carved a cross into the tree, effectively trapping the Devil. For his freedom, the Devil was forced to agree not to bother Jack for the next ten years.

Upon Jack’s death, he was denied entry to Heaven, on account of his unpleasant and manipulative demeanor. The Devil, upset by Jack’s trickery in the previous years, kept his word and rejected him from the Underworld. The Devil tossed him a lump of burning coal, mockingly telling him to find his own way. Jack placed the coal into a carved turnip and used it as a lantern to light his journey to find his final resting place.  Banished from both Heaven and the Underworld, Jack was consigned to wander the Earth for eternity, and became known as “Jack of the Lantern.”

In Ireland, people carved their own versions of Jack’s lantern, carving fearsome expressions into potatoes and turnips. They were then placed in doorways and windows to ward off evil spirits on All Hallow’s Eve, or as we know it today, Halloween. Irish immigrants brought the tradition with them to the United States, and discovered that pumpkins were the perfect canvas for their terrifying creations. The tradition assimilated into American culture, and jack-o-lanterns became a staple of Halloween.

Finding the perfect pumpkin is essential for carving a flawless jack-o-lantern. Luckily, Morris County is home to many farms and pumpkin patches. Among the most popular is Ort Farm and Riamede Farm in Chester, as well as Sun High Orchard in Randolph. With Halloween around the corner, be sure to visit a pumpkin patch and partake in this age-old tradition. The Art Honors Society at Morris Hills is hosting a jack-o-lantern contest at 7:30 on the morning of Halloween. Bring your pre-carved pumpkin to school on Thursday, October 31st to enter.